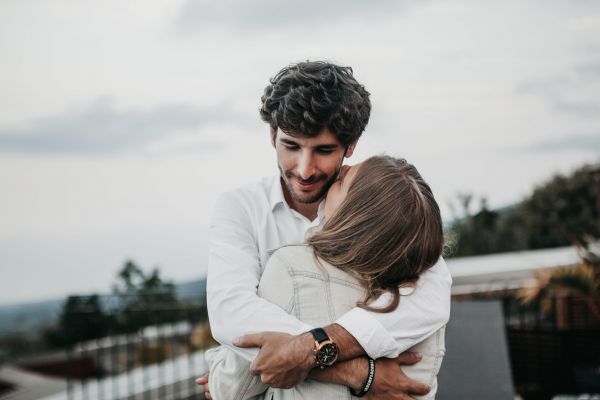 Calgary speed dating events are popular for good reasons- attendees find them fun and a beneficial way to meet singles in Calgary, plus you get to have hearty appetizers. Picture this: an event with singles around your age or slightly over, great conversation, drinks, and appetizers, now that is an event am sure you will want to attend.

The purpose of speed dating events is encouraging eligible singles to meet large numbers of new potential partners in a very short period, making it an intriguing concept that has enjoyed popularity since its creation several years ago. Attending a Calgary Speed Dating- calgaryspeeddating.com - event often surprises people with how much they enjoy themselves at the end; however, this isn't particularly surprising considering all the benefits available within such an environment where individuals can interact freely without any inhibitions or distractions from other social engagements happening elsewhere simultaneously.

How a Calgary Speed Dating Event is Organized

IDs are checked at speed dating events to make sure people fall into the age range and did not fake their birthdate. Men and women rotate over short "dates" that last about 5 minutes each, which ensures everyone gets a chance to meet one another. A minute close to the end of each interval, the organizer rings a first bell to signal conversation should be wrapping up and a second bell to signal the participants to move on to the next date. Halfway through the event, there is a break for hearty appetizers, once the break is over, the conversation between attendees is resumed. At the end of the event, participants submit their dating cards to the organizers of who they marked yes to. If there is a match, contact information is forwarded to both parties. Contact information cannot be traded during the initial meeting, to reduce pressure to accept or reject a suitor to his or her face.

There are many speed dating events now in Calgary but by far, Calgary Speed Dating takes the cake. Why? Because of their location, how the event is set up and appetizers provided at no cost to the attendees. Drinks are paid for by attendees themselves, however. Specific age range based on gender is a common restriction for events.

Speed dating has some obvious advantages over most other ways of meeting people , such as apps and bars . Unlike many bars, an event will be quiet enough for you two to hear each other talk which means it is not crowded with random chatter from others around you interrupting every time he/she says something interesting so you can get into a meaningful conversation about topics important both on first dates AND long-term relationships!

People attending the event can come alone without feeling out of place; alternatively, there have been instances where women go in groups.

Because the matching happens later after the event, people do not feel forced to select or say no to each other in person.

The short times of chatting with each other ensures that a participant will not be stuck with a match for very long, having a conversation they do not want to have and prevents participants from monopolizing one another's time. A couple that decides they are incompatible early on will have to sit together for the duration of the round which can feel longer than if they were sitting with someone they were physically interested. It is however urged not to judge a book by its cover, give everybody a fair chance, even if you are not a match romantically, you never know what a decent conversation can lead to. It can lead to great friendships which could help you down the road in your time of need. It could also help you land a new job or a business connection. While speed dating events are not for networking, the takeaway here is that, treat everybody well as you never know where a conversation will lead to. Being nice costs you nothing but can create a great perception and first impression for you and may open doors for you as a result.

Speed dating events match people at random, and participants will meet different kinds of people that they might not normally talk to. This prevents various biases such as eye contact or waving from occurring before chatting them up.

According to the New York Times, participants in speed dating experience an average of 2 in 10 or 3 in 10 matches. Online dating participants, on the other hand, only find a compatible match with 1 in 100 or fewer of the profiles they study. As reported by the BBC in the Science of Love, it only takes between 90 seconds to 4 minutes of face-to-face interaction to determine attraction, which gives speed dating an advantage over online dating. This is a no brainer when it comes to making a choice between speed dating and online dating and in Calgary, it is also a no brainer to pick Calgary Speed Dating (Calgaryspeeddating.com) over the other companies.

Scientific Research in Favor of Speed Dating Over Online Dating

There have been several studies of speed-dating systems themselves, as well as relevant studies on interpersonal attraction that are useful for these events. Other research found the data from round-robin dating helpful in observing individual choices among randomly paired participants.

A study conducted in 2005 study by the University of Pennsylvania, of multiple HurryDate speed dating events, found that most people made their choices within the first three seconds of meeting. Also, issues such as religion, previous marriages, and smoking habits were found to play much less of a role than expected.

Another study in 1995 study by the University of Bern showed that women appear to be attracted to the smell of men who have different MHC profiles from their own.

The MHC is the region of your genome that aids in immune function; it's likely involved with sexual selection because parents who have more diverse MHC profiles should produce offspring with stronger immunity.

Because speed dating events go for a few several minutes, this should be long enough for the MHC hypothesis to come into play, provided the participants are seated close enough together.

Now that you have learnt a little bit about speed dating, what are you waiting for, visit calgaryspeeddating.com to register for an event now!

Posted 1 year ago by